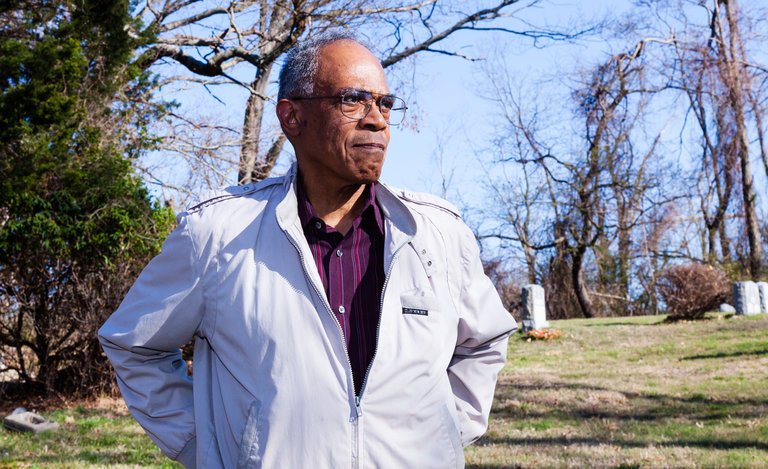 An effort in Setauket to commemorate a once-thriving mixed-race community here is in its final stages. However, doing so reinvigorates a long simmering debate among friendly factions about the accuracy of local history.

The Bethel-Christian Avenue-Laurel Hill Historic District is a historically mixed-race neighborhood next to Setauket’s historic downtown area. The half-mile stretch is anchored by the Bethel African Methodist Episcopal Church, which is over 150 years old, and features seven homes, a cemetery and an American Legion Post built for African- American and Native American World War II veterans.

Leading the effort to gain permanent federal recognition of the district is Robert Lewis, a resident of Christian Avenue, and the founder and president of the Higher Ground Inter-Cultural and Heritage Association.

Timing of the effort to get state and federal recognition for the district is critical because of gentrification, said Christopher N. Matthews. Dr. Matthews is a historical anthropologist and a professor at Montclair State University in New Jersey, who has done field research in Setauket.

Many descendants of the original residents have taken advantage of rising property values to sell homes in what now is a high-tax area, he said. Urban development in the 1960s previously wiped out a larger mixed-race enclave nearby, Chicken Hill, which was centered on Main Street and Route 25A. An exhibition commemorating the community, “Chicken Hill: A Community Lost to Time,” is at the Three Village Historical Society in East Setauket.

Setauket’s published history is limited by its traditional focus, Dr. Matthews said. “This community is not represented in the local history,” he said in a telephone interview. “Inattention is what causes something to be lost.”

The conversation about historical interpretation in and around this prosperous North Shore community in Suffolk County is one that could probably take place in a number of Long Island locations and elsewhere. Driving it are historians and archaeologists who have a broader, more inclusive view of local history.

“Mixed racial populations have different views,” said Mr. Lewis, whose family has deep roots here. “History is a prominent narrative. And then you have another history that is not written by those who are the subjects. People see history through their own person.” Calling existing Setauket history “generic and processed,” he said: “It is just misleading. It can’t be all farmers, workers, laborers and servants.”

Not everyone agrees that Setauket’s history has been so one-sided. Beverly Tyler, former president of the Three Village Historical Society and its current historian, said the roles of African-Americans and Native Americans had been included in the society’s publications and exhibitions.

And Georgette Grier-Key, president of the Association of Suffolk County Historical Societies and curator of the Eastville Community Historical Society of Sag Harbor, which documents the role of local African-American, European and Native American settlers in the community, said local history should not be contested, but rather shared. “There is plenty of opportunity to move forward,” Ms. Grier-Key said. “I am very optimistic because historical societies and cultural institutions are starting to get it.”

Despite arguably different views of how to deal with the gaps in local history, officials from both the Three Village Historical Society and Higher Ground stress that they support and assist the other’s efforts. For example, Three Village honored Dr. Matthews in March for his work. Because of incomplete and even nonexistent historical records, Dr. Matthews’s archaeological work is important, Mr. Tyler said.

To gain greater and permanent recognition of the Bethel-Christian Avenue-Laurel Hill Historic District and other nearby sites, Higher Ground hired Historical New York Research Associates to draft and forward to state officials by June a detailed Cultural Resource Survey documenting the significance of dozens of local neighborhood landmarks.

“It is a fascinating story we have to tell,” said Judith Wellman, the director of New York Research, the project’s principal investigator and a professor emeritus at the State University of New York Oswego. “It will incorporate a whole view of people who lived there.” Dr. Wellman has completed about 15 similar projects across the state that focus on the role of African-Americans, the underground railroad and women’s rights. Should the project meet Dr. Wellman’s ambitious timeline, inclusion of Setauket sites on the National Register could be approved by year’s end.

Building a Maritime Highway Across the Long Island Sound