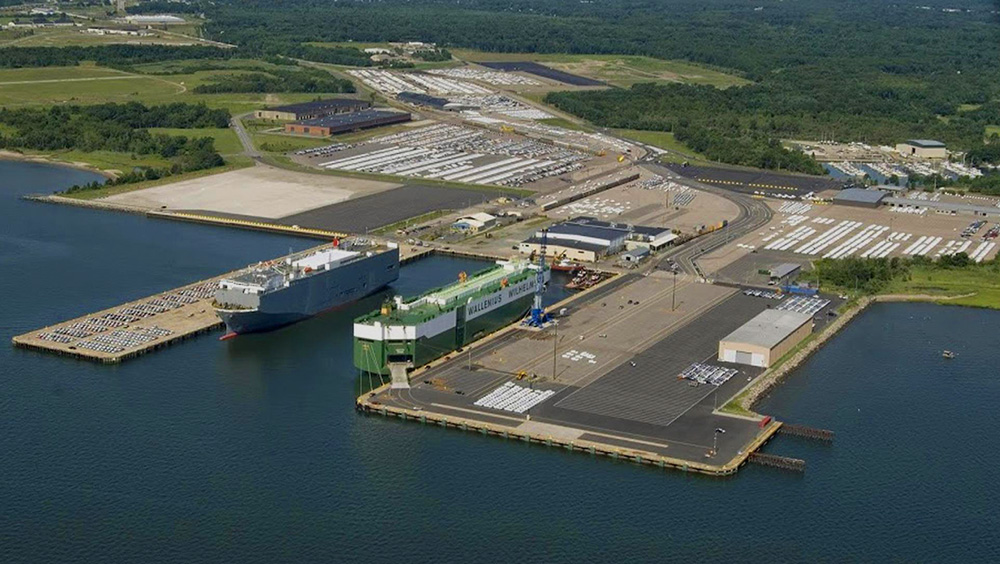 To avoid costly weather-related delays for ships and their cargo, auto carriers inbound from Europe last year for the first time dropped off their Canada-bound cargo at the port here on protected Narragansett Bay in central Rhode Island. Six ships discharged about 25,000 vehicles destined for Canada. The carriers, already due to discharge cars at Davisville, bypassed the previously scheduled Halifax port call. Those incremental Canada-bound shipments increased Davisville’s seaborne 2015 vehicle traffic by about 10 per cent, to about 227,000 units.

In fact, Davisville is the 10th largest U.S. port handling auto imports across its two 1,200 foot long berths. In addition, North Atlantic Distribution Inc., a privately owned company located within the port, provided dealer preparation services prior to the Canada-bound vehicles leaving the port, part of a free trade zone. Now, Davisville plans to promote its ready availability to serve as a contingent , or even a regularly-scheduled debarcation port for automobile consignees in eastern Canada, said Evan Matthews, Port Director, during a recent interview. Toronto, for example, a major end-market for vehicles imported into Canada, is only about 600 miles from here.

To facilitate delivery to dealers, Davisville uses its internal Seaview Railroad that hands off freight through an interconnection with Canadian National and Canadian Pacific railways via the Providence and Wooster Railroad.

Because Davisville contracts for dredging of the port’s entrance channel at its berths, import cargo shipper don’t pay the mandatory federal Harbor Maintenance Tax (HMT). That fee, about $12.50 for every $10,000 of the cargo’s declared value, is collected by most competing ports to reimburse the US Army Corps of Engineers for dredging to keep ports navigable. Shippers using Port of Davisville as their port of entry can use the savings of $40 to $50 per vehicle to offset a portion of the higher rail fee to transport vehicles to final destination from southern New England, rather than from Halifax.

Davisville dredging requirements are modest for several reasons. First, sheltered Narragansett Bay has few rivers flowing into it, which would produce the sediment that would need to be removed. Secondly, major dredging work was done by the Navy, prior to the port and adjacent 3,212 acre business park being turned over to the state of Rhode Island in 2005.

Port of Davisville is owned and operated by Quonset Development Corp., a quasi-public state agency. Originally, the port and adjacent area served as the Naval Construction Forces Training Center for Seabees, the Navy’s construction unit.